In addition to possessing a deep understanding of medical knowledge, emotional intelligence is a key component of being an effective health care provider.

As an immigrant and first-generation college graduate, Thao Jinwright, MPAS ’13, a clinical assistant professor at the UF School of Physician Assistant Studies, instills in her students the importance of considering cultural competency when facing patients, helping to address the imposter syndrome she says underrepresented groups in health care often face.

For Jinwright, who was born in Vietnam and moved to the U.S. with her extended family at age 4, experiences connecting with her own culture’s medical preferences have made her empathetic to the different treatments others seek and feel comfortable receiving.

“It’s so important to be open-minded and continue to communicate with one another...”
— THAO JINWRIGHT, MPAS ’13

For example, she says it was validating to see cupping, an ancient therapy commonly practiced among Asian cultures, gain prominence and become part of public conversation after U.S. Olympic swimmer Michael Phelps used the treatment. During cupping, a suction is created with the application of heated cups, often leaving circular marks on the skin.

“It’s so important to be open-minded and continue to communicate with one another and understand where everyone is coming from,” says Jinwright, noting that it’s imperative to respect others’ cultural boundaries as well. “If I as a provider don’t respect a patient’s boundary, they’re not going to be able to build that rapport with me. Having trust between a patient and their health care provider is essential in creating an environment with transparency and providing the most appropriate care.”

As a teacher, she connects with students who feel their backgrounds may hinder their ability to become successful PAs.

“Students sometimes say, ‘You make this look so easy,’ to me,” Jinwright says. “But what they don’t see is what’s going on behind the scenes. My spirit animal is a duck, because I look calm and like I’m gliding over the water, but beneath the surface, I’m paddling for my life. At some point, I know all of my students will feel a similar way, whether that’s because they come from a minority background like myself or they feel intimidated by being around other smart students. I choose to be vulnerable with them to let them know that it is valid to feel this way and that they are here for a reason. With their training, they will be amazing providers for their patients.” 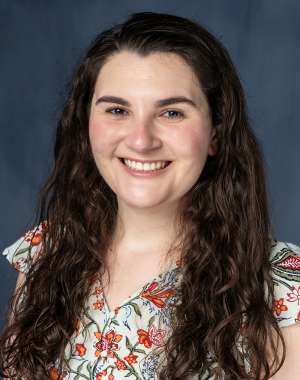 Emily Mavrakis joined the UF Health Communications staff in 2021 as a writer for the UF College of Medicine. She previously served as the business reporter for the Gainesville Sun newspaper and the science writer intern for the Florida Museum of Natural History. She now contributes to UF College of Medicine publications, including the Florida Physician magazine and Dr. Gator newsletter. She additionally produces alumni features, news releases and copy for special publications. She holds a bachelor’s degree in journalism from UF. 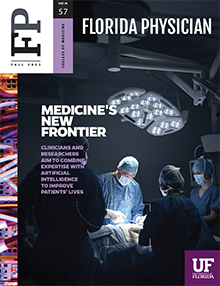