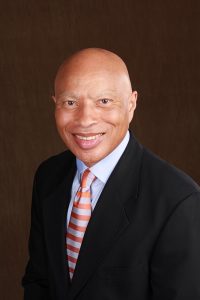 Winfred Parnell, MD ’77, was elected in February to serve as chairman of the Parkland Health & Hospital System Board of Managers in Dallas after being appointed to the board in 2012. He is also a member of the Parkland Foundation Physicians Council and serves as a regional director for Doctors for America.

Louis St. Petery Jr., MD ’69, HS ’73, and Julia St. Petery, MD ’69, HS ’72, have been honored by the Capital Area Healthy Start Coalition as recipients of the Angel Award for their dedication to children’s health. The St. Peterys have spent more than 40 years caring for pregnant women and children in their neighboring counties in Tallahassee. Louis is a pediatric cardiologist and Julia is a general pediatrician.

Charles D. Williams, MD, FACR, HS ’74, received The American College of Radiology’s highest honor, the 2016 Gold Medal. This honor acknowledges distinguished and extraordinary service to the college or to the discipline of radiology. Williams specializes in pediatric radiology and breast and diagnostic imaging.

Peter Gearen, MD, HS ’82, was elected vice chairman of the board of directors for RTI Surgical, a global surgical implant company, in February. Gearen, former chair of the departmentof orthopaedics and rehabilitation at UF, has served on the company’s board of directors since 1998.

Carlos Donayre, MD ’83, was appointed chief of vascular and endovascular surgery at the University of California, Irvine. Donayre is also a distinguished fellow in the Society of Vascular Surgery.

Michele Lossius, MD ’03, was named a UF Health Quality Leader in recognition for her talent, expertise and knowledge in helping make UF Health a place for high-quality, safe and patient-centered care. Lossius is the physician director of quality and safety for pediatrics at UF Health Shands Children’s Hospital.

Bahareh Keith, DO, FAAP, HS ’10, was selected as a member of the Global Health Competency Subcommittee of the Consortium of Universities for Global Health. Keith has played a fundamental role in UF’s global health program.

The UF College of Medicine community extends its deepest sympathies to loved ones of recently deceased alumni.