An international adventure began with the sound of rain. When Audrey Anderson, 6, heard raindrops on the roof of her house in Australia, she would vomit. The intense reaction worried her mother, Sue Anderson.

“We couldn’t really figure out why she reacted like that and thought she’d grow out of it,” she said. 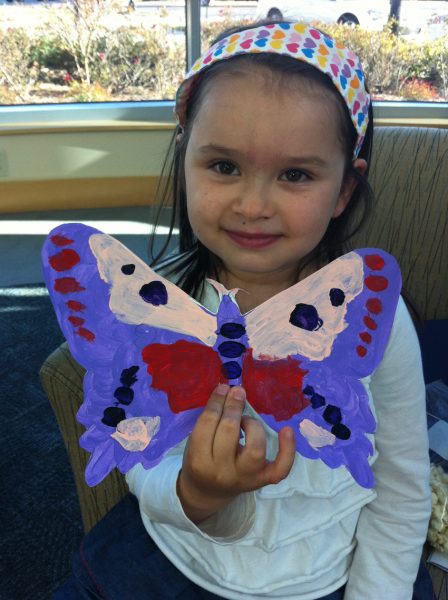 Audrey’s reaction to the rain was followed by a week of intense headaches, until one night Audrey sat up in bed and asked to go to the hospital.

Doctors discovered a tumor in Audrey’s brain, near the hypothalamus and pituitary gland. The tumor, called a craniopharyngioma, wasn’t cancerous, but could threaten Audrey’s eyesight and development if it grew. A limited surgery was performed, but doctors couldn’t eradicate the tumor completely, so Anderson contacted proton therapy centers for treatment information. The technology would allow protons to be delivered with precise accuracy, sparing the neighboring tissue and allowing doctors to treat the affected area without affecting most of Audrey’s brain.

She chose the UF Proton Therapy Center in Jacksonville, Fla., one of the four academic proton centers affiliated with a major U.S. pediatric hospital, because of its friendly phone service and how fast she was able to speak to Daniel Indelicato, MD, an assistant professor in the UF College of Medicine department of radiation oncology.

“It was unique because you usually can’t speak to people in those roles,” Anderson said. “From there, he was essential in helping our case and assisting us with the funding we needed.” 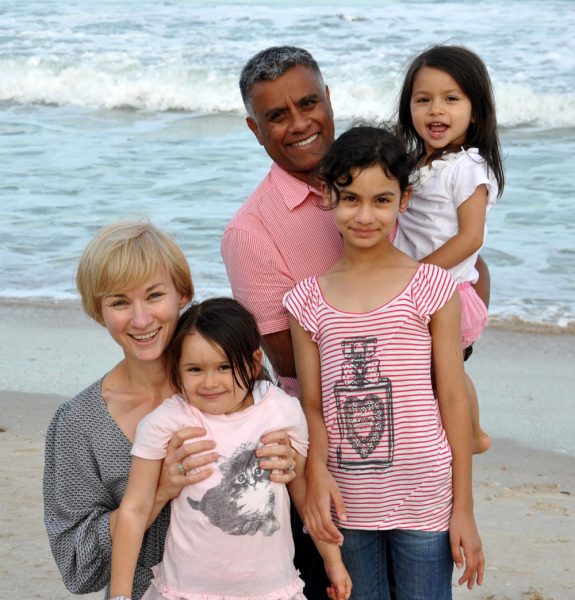 With his help, Audrey, Anderson, her husband, Wendel, and their two other daughters, Lilly, 10, and Eve, 3, were able to travel as a family from Australia to Jacksonville. They spent Christmas and New Year’s in Ponte Vedra while Audrey received treatments at the center.

Prior to Audrey’s arrival, the center sent her a storybook attached to a stuffed Gator mascot affectionately named “Proton Gator” to help her prepare for the treatments.

For six weeks, Audrey went through proton treatments. She lay perfectly still for three to four minutes at a time while the treatment was administered, usually a hard task for a child to accomplish.

“Audrey was so mature,” Indelicato said.

By Audrey’s side was her favorite person in the hospital, child life specialist Kim Ely, or as Audrey calls her, “Miss Kim.” Ely helped Audrey relax during her treatments and made the procedure feel like a game, Indelicato said.

Audrey’s treatments ended in late January and the Andersons returned to Australia. Over the next year, Audrey’s tumor should continue to shrink until it’s no larger than the size of a thumbnail.

Even though the family visited Disney World and the beach during their stay, it is their time at the center they cherish the most.

“More happiness came out of the center than pain,” Anderson said. “The kids would talk about the people at the hospital before a character at Disney World.”

UF orthopaedics resident Adam Bruggeman’s nickname is “the Senator” for a reason.
By Melanie Stawicki Azam