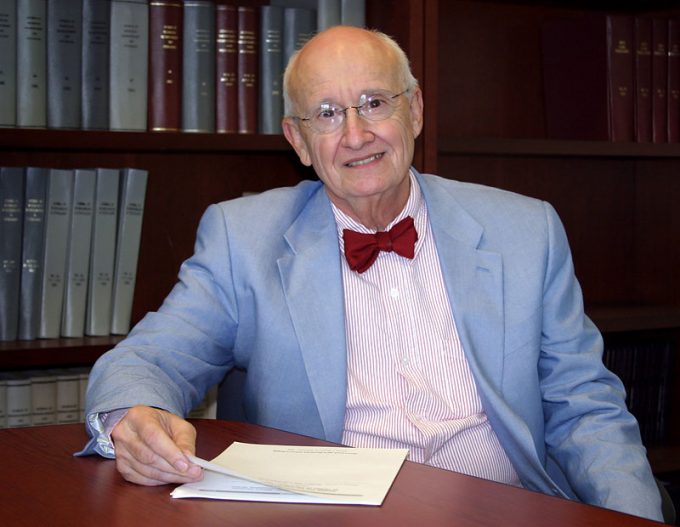 Kenneth Heilman, MD, a distinguished professor of neurology at the College of Medicine, was recognized by the college with the 2008 Lifetime Achievement Award this summer.

The author, co-author or editor of 11 books and more than 500 publications, Heilman has played a part in revealing the parts of the brain that mediate attention, and he has helped define the roles of the right and left hemispheres of the brain, often toppling established paradigms of brain function along the way.

“He is known worldwide as one of the fathers of modern-day behavioral neurology and neuropsychology,” said Leslie Gonzalez Rothi, PhD, the Bob Paul family professor of neurology who nominated Heilman for the Lifetime Achievement Award. “His life’s work has been to understand how the brain supports behaviors, what makes us human, and what sets us apart from all other life. He has inspired researchers and literally helped populate the world with experts in behavioral neurology.”

“People don’t enter medicine to receive recognition like this,” Heilman said. “We do it because we get joy out of people getting well, students learning things, or being involved in great research. But it is always nice to get a pat on the back. When people you have known for years and years let you know they think highly of you, it’s the greatest compliment.”